There are many traditions, customs and practices that make Oxford University rather different from any other, as our Campus Oxford students quickly discover. And many of those rather special and unique traditions are centuries old, as you might expect from an institution of higher learning that has been in existence for just about a millennium. One of the Oxford University traditions that survives from centuries ago is the practice of Formal Hall. As a part of their lives as Oxford University students in most colleges are obliged to wear their formal gown while attending a weekly three-course meal, with wine. Sounds a little old fashioned in the era of the fast food restaurant and the grab and go cafeteria but it really is quite an occasion. However, if you are new to Formal Hall, as our Gap Year students are, then it helps to understand some of the rules and etiquette points that are expected to be followed.

Although not all colleges require students to be gowned for Formal Hall anymore, most, including Brasenose College, the venue for many of Campus Oxford’s programs, still do. The Oxford gown is a throwback to the medieval days, although (maybe unfortunately) the gowns still vaguely resemble those worn as far back as the 12th century, sans the hoods and fur collars, students are no longer issued the ceremonial swords that once accompanied them! There are different types of gowns too. Undergraduates and visiting students wear the Commoner’s Gown – a waist-length, vest-like frock coat often referred to on campus as an ‘arse freezer’ ;). Graduate students on the other hand are allowed to wear knee length gowns and faculty gowns are floor length, often adorned with college badges and other ‘swag’. Obviously the gown is not all one wears to Formal Hall. Underneath the gown it is traditional to be ‘properly dressed’. In days gone by that meant suits for both ladies and gentlemen but the rules have relaxed a great deal and now, in most cases, smart pants and skirts with a casual top are just fine. some colleges even allow jeans, but do check first to avoid being underdressed.

‘Fashionably late’ is not an option at Formal Hall. Some colleges actually turn away late arrivals while at others the tardy are required to formally – and publicly – apologize to all in the room for their mistake. A written apology to the College Principal is also expected after dinner, so the best thing to do is ensure that you simply get to the Dining Hall on time. Whatever time you do arrive it is expected that you quietly find a seat (sometimes they are assigned, but that is a practice that is dying out) and perhaps make some quiet conversation with immediate neighbours. Laughing, shouting or loud chatter however is seriously frowned upon.

Even though Oxford University has a hugely diverse student body, with students coming from all over the world and from many different religious backgrounds, the practice of reciting a Latin Christian prayer before dinner persists as a formality. Usually a senior Fellow (professor) recites the prayer while the others in the room bow their heads and remain silent. As the prayer is in Latin, in can be hard to tell when its over, but if you are not sure if it’s finished, look up and make discreet eye contact with those around you. Nods and smiles indicate the collective guess that grace is over.

A Formal Hall meal proceeds as most formal dinners do and the etiquette is similar. You are expected to wait until everyone at your table has been served during any given course before ‘digging in’. If you are a little confused by the array of silverware you are faced with it’s actually easy. Work from the outside in as the courses progress and all will be just fine. As Formal Hall was created as a forum for camaraderie and discussion, conversation is not only permitted but encouraged. However cursing or interrupting is not. All of this may seem very antiquated, and in some ways it is, but its also a rather unique experience to be enjoyed so when approached in that frame of mind any Formal Hall attended as a visiting student should be a night to remember! 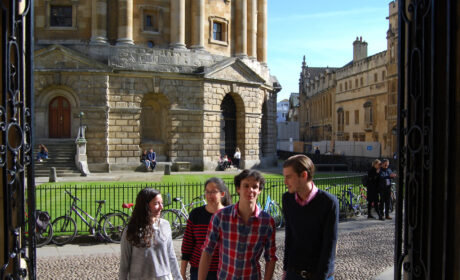 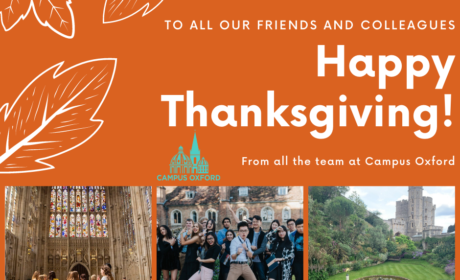 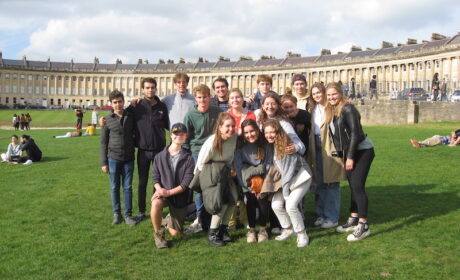 Dreaming of Oxford or Cambridge?